Computing of the volume of polyhedron in 3D space isn’t a trivial problem, but the following trivial method exists: dividing the volume into simple pyramids and counting the sum of these volumes. However, this methodology is difficult for implementation, as well as it is resource-intensive and slow. What is more, computing algorithm according to this methodology is difficult to parallelize. And taking into account trends in the field of parallel computing on GPU development, the ability to increase the rate of computing repeatedly is being lost.

In this article the algorithm for determining the volume of arbitrary geometry in 3D space in terms of fast computing is described.

Preparatory step. A rectangular grid (pos.1 on fig.1) around geometry (pos.2 on fig.1) is built using its minimum and maximum coordinates. 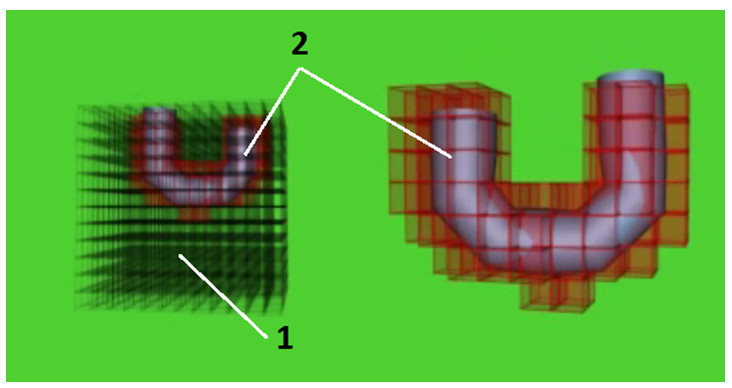 User chooses rectangular grid parameters. For example, the number of grid cells can be taken equal to the number of stream multi-processors on GPU. Therefore, our task turns into computing and subsequent summing of the volumes occupied by fragments of geometries in cells, as shown on Figure 2.

Figure 2 – Schematic representation of cell volume (in cut), which needs to be defined

Step 2. To project onto XOY all polygons which make clipped mesh. Compute the volume under each triangle. The volumes are computed as the sums of three pyramid volumes, which form the shape (see Fig. 3). 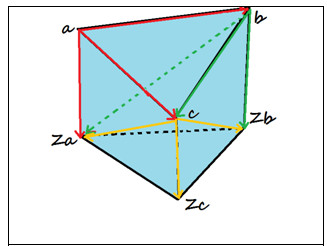 Step 3. Depending on the orientation of normal these partial volumes are included into the sum with opposite signifier (signifier of scalar product of the normal of polygon and projection plane). 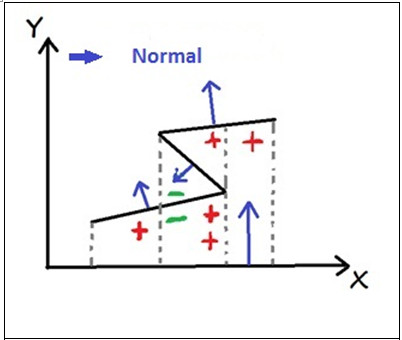 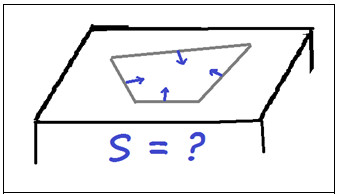 In order to compute the entire volume of the object inside the box it is necessary not only to cut it by means of the box, but also to close it (which is a very time consuming task). In order to gain the volume all rectangles are projected onto the box face. Therefore, it is possible to simplify circuit computing, having processed only the upper face, because projections of other faces on box face give zero area. 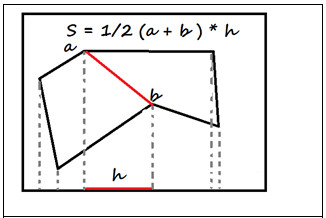 Modification takes into account unclosed cases (polygon can cross edges of the upper face box, in this case it will cross faces of rectangle) (see fig. 7). 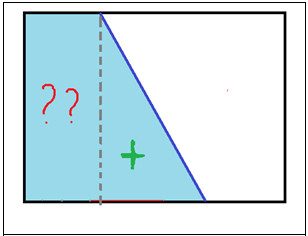 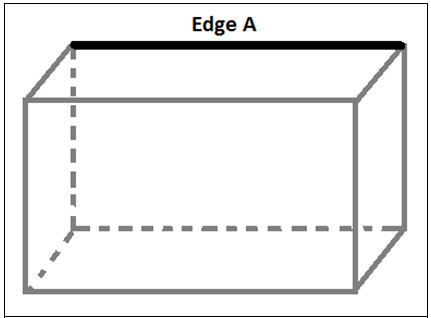 As current subproblem has been reduced to one-dimensional, then all geometric concepts are used in one-dimensional sense (projection on the line). For example, the normal (or any other normalized vector), in fact, is 1 or -1. In connection with such binary structure normals can be divided into left (1) and right (+1). Figure 9 illustrates the scheme of computing the locking on top edge. 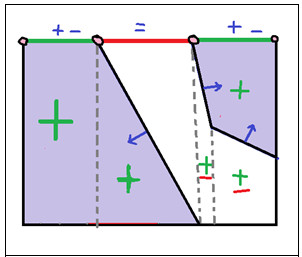 Figure 9 – Scheme of the locking and total area computing 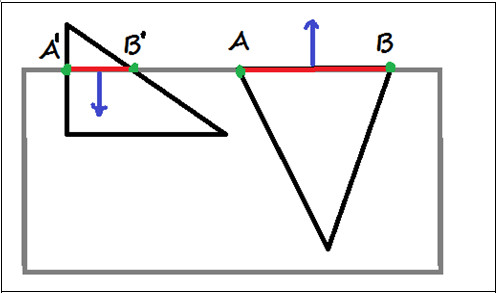 Let us consider the case when triangle intersects with the edge on a segment AB (more than one point of intersection). Segment AB needs to be locked from further computing of normals for two reasons:

• It is impossible to project the normal onto the edge.

You can use one of the two algorithms or their combination:

Both of these algorithms are widely discussed on the Internet. The essence of the first algorithm is the following: arbitrary direction is selected (eg, along OZ axis).The plane along the chosen direction is consistently chosen (for example, XOY plane in case of OZ axis). You begin to scan on the plane each line which is a consistent set of cells along a particular direction. Cells marking is reduced to highlighting empty cells until any filled cell is met. This algorithm has many restrictions that need to be considered separately (if only 1 cell on the line is filled; if 2 cells are filled, but they are top of geometry, etc.).

The essence of the second algorithm is reduced to the choice of any empty cell and then to the recursive analysis of neighbor cells and their subsequent addition to the sampling queue. If neighbor cell is full, this cell is not included in the queue for the sample. As soon as it is impossible to choose neighbor cell, the whole sequence of cells is marked as selected cells in a certain volume. Next arbitrary cell is selected and all the same steps are conducted. As a result, empty cells are marked as belonging to a particular volume. Further it is necessary to determine whether the selected volume is empty or filled. This is the complexity of the algorithm. The simplest case is the following one: in the course of recursion as soon as the first full cell or volume border is there, the analysis of the entire volume inside or outside is performed. Analysis is performed on the basis of the normals of triangles that make up the mesh in an occupied cell. But this operation is either time-consuming or resource-intensive. Due to the drawbacks of both methodologies, it is advisable to resort to their combination. For example, to use only a recursive volume marking and then pass the cell line with marked volumes. Such technology can also be quite easily parallelized.